Saturday there was no dance class, because new semester is starting next week.
I had a lot of free time. I helped Dad to fix a few things around the house and to put away the heaters.
I wanted to do more Hama Beads, but couldn't find any pattern I liked. I ended up doing Mario and Luigi, but I didn't really like the design I found on the Internet so today I changed everything. I spent whole afternoon doing my own design. That's how it turned out: 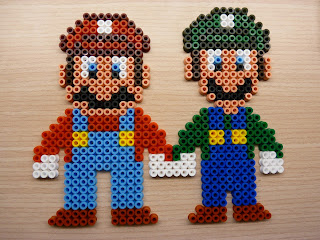 While doing the Hama Beads I watched 2 films in Polish - "Pan Samochodzik i Niesamowity Dwór" i "Czarne Stopy". I give "Czarne Stopy" 100 stars! Both movies were made in 1986.

Yesterday evening Zosia and I filmed something. I can't show you the film, because Zosia has not edited it yet. Anyway, the film will be about us making ... sweet sushi! 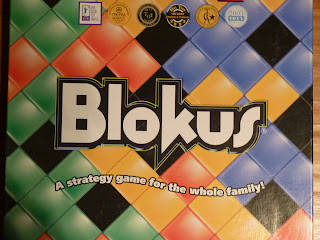