Ferns have vascular tissue and use spores to reproduce.

Vascular plants are better suited to life on land than nonvascular plants. This is because vascular tissue solves the problems of support and transportation. 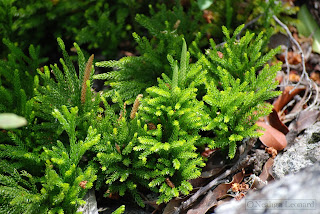 Ferns first appeared on land about 400 million years ago. There are over 12,000 species of ferns alive today. 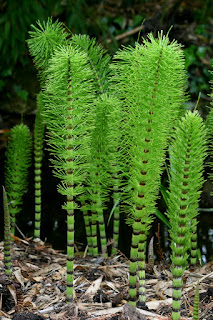 In many types of ferns, the developing leaves are coiled at first. These young leaves are often called fiddleheads. 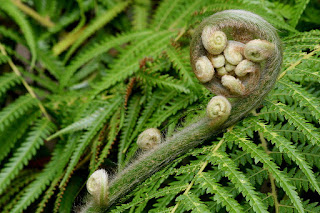 On the underside of mature fronds, spores develop in tiny spore cases. When the spores are released, wind and water can carry them great distances.

Ferns, club mosses and horsetails have true leaves, stems, and roots. They also have a similar life cycle.
at Tuesday, October 31, 2017